I am influenced in my work by forms found in the naturalworld. The shapes I create are like eggs and seeds, which are created organically to protect lire from the elements (air and wateT), or like pebbles, which are shaped by those same elements, through the forces of erosion.

Same of the objects reproduce the protective skin of eggs and seeds, hut by slicing into the shapes to expose their inner surfaces, I also demonstrate their vulnerability. I explore the relationship between the surface, the shape and the volume of the objects. The surfaces ofthe objects have simple patterns and are designed to be pleasurable to touch. The colours used are natural colours found in stalles and the patterns reflect ripples in wateT.

I try to create a balance between form, colour and pattern. My pieces are intended für interior displayand to bring an echo of the outside natural world, into an enclosed environment, in the same way that somebody might take horne a pebble from a beach.

I have used T material and porcelain which I have mixed to create my own clay. T material gives the objects strength and porcelain gives them a smoother finish. I have coloured the clay by mixing oxides, carbonates and stains. The objects have been hand built, and then the surface has been decorated, before fIring. The pieces are biscuit fued at 900 degrees centigrade. Before second firing, the surfaces have been treated by sandpapering, to give them a natural fee!. The second firing is at 1260 degrees. 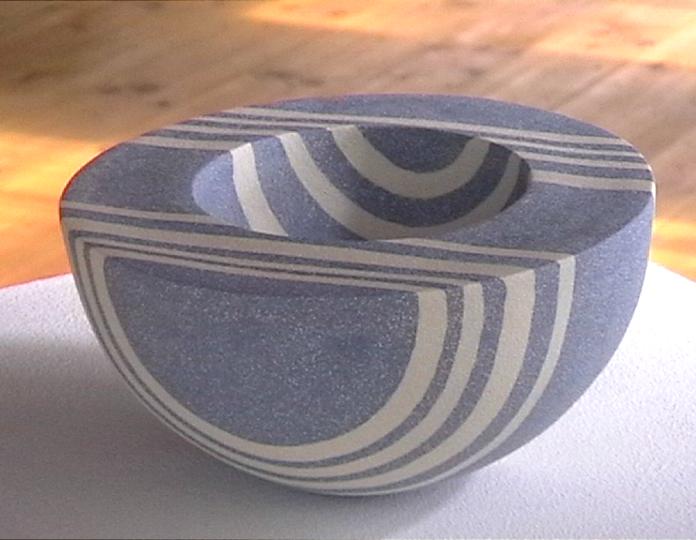 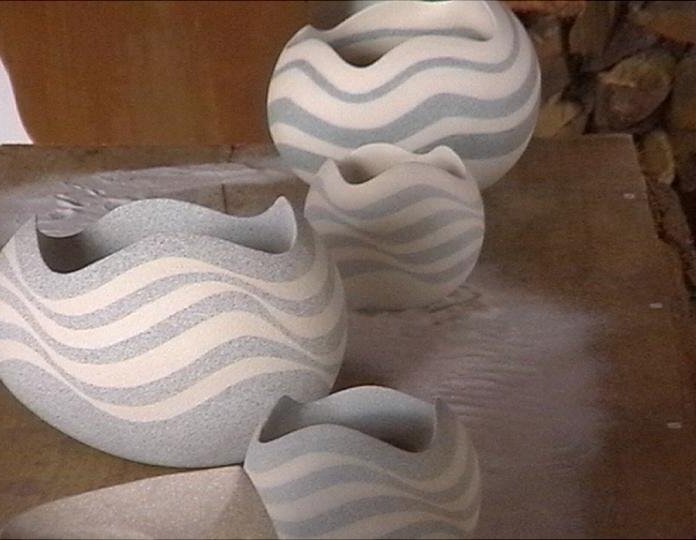